The 90% response time of our phosphorescent DO sensor (RINKO) is less than 1 second *1.
Conventional DO sensors, due to their slow response time, the DO sensors should stay at the same depth for a while. However, using RINKO, a continuous profile with 0.5 m/s speed (similar to the standard CTD profile) can be conducted without any problems.
*1 at 1 atm and 25℃ 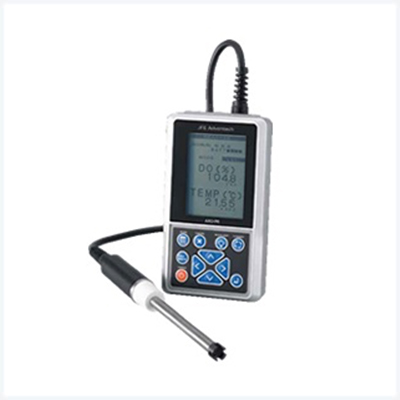 The Portable optical DO meter makes use of the fast-response optical DO sensor RINKO, maintaining its high-speed response performance (99% response < 7sec). The meter probe is equipped with a temperature sensor close to the sensing foil, and the measurements are made by simply inserting the probe into a DO sample bottle (the calibration is carried out using the National Metrology Institute of Japan (NMIJ) certified traceable gases standards). Differently from galvanic electrode sensors, the instrument does not require water sample stirring or fixing reagents, since there is no oxygen consumption. Thus, the required time to estimate dissolved oxygen is considerably reduced. The display unit shows the output instantaneously, and you can check the measured values in real time.
* This instrument was developed in collaboration with the Japanese Agency for Marine-Earth Science and Technology (JAMSTEC).

DO logger with wiper for long-term measurements RINKO W 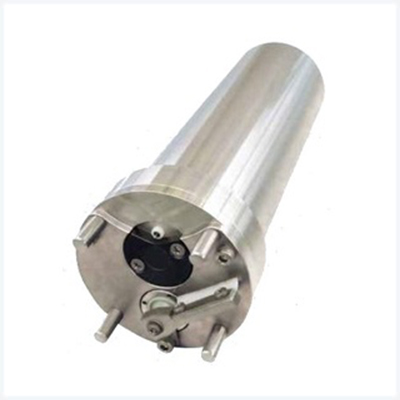 Rinko W is an autonomously deployable data logger for long-term DO measurements. In order to protect the sensing foil against accumulating bio-fouling, the instrument has a mechanical wiper to sweep the optical window. The optical sensor does not need membrane replacement or stirring, thus, it needs less maintenance than galvanic sensors.

Logger version optical fast DO sensor RINKO I / I D 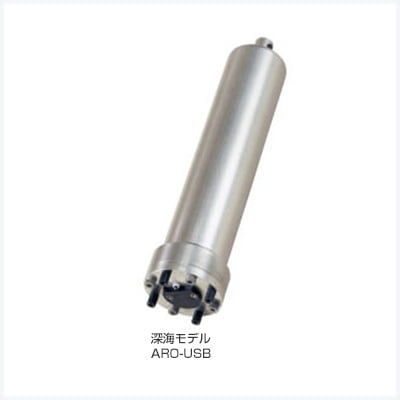 Rinko I is a fast response optical DO sensor with data logger. The instrument and the software with various operating mode offer flexible observations in the field. The compact and the self-contained unit with batteries and a data logger can be easily integrated on platforms (e.g. CTDs). Rinko ID has a depth sensor, allowing for DO vertical distribution measurements. 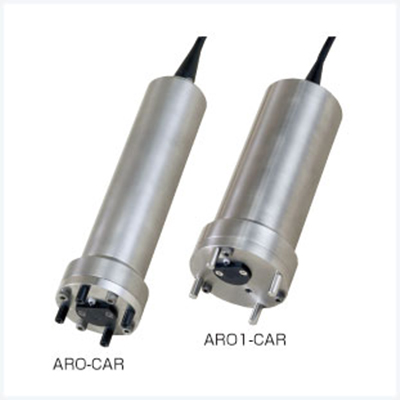 Rinko II is a digital output version with a fast-response optical DO sensor. The instrument can be easily integrated on platforms, because it works with communications by RS-232C or RS-485 and an external power (12 to 24V DC). Rinko IID has not only a temperature sensor but also a depth sensor. Their models can monitor DO in real time, if you have a personal computer and an external power. 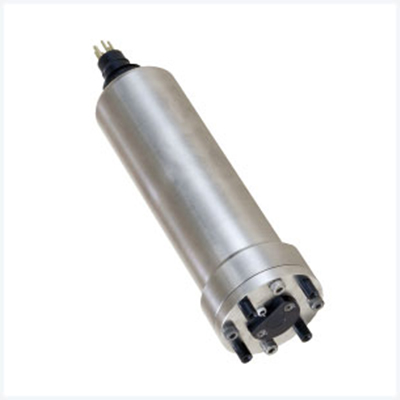 Rinko III is an analog fast optical DO sensor. With an external 12 DCV power, the instrument seamlessly outputs the analog data (0 to 5V) of the sensors. Rinko III can be easily integrated on various platforms. Because of its fast response, the instrument provides highly accurate DO data with fast profiling speeds.

Features:
1. Provided with fast-responding DO sensor as standard
･Significantly short observation time
･ Acquisition of more detailed DO vertical distributions
2. Equipped with high-capacity built-in memory, eliminating the need for cables
3. Provided with built-in rechargeable lithium-ion batteries
4. Our wet connector (patented) reduces the risk of flooding.
5. Allows for vertical spatial resolution down to 10 cm (depth trigger mode)
6. Allows for continuous observations (time trigger mode)
7. No corrosion and increased durability due to its titanium housing
8. A compact and light weight design with approx. 2.0kg in air and 1.0kg in water 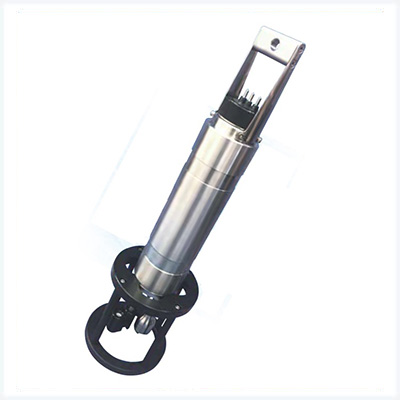 RINKO-Profiler 3,000 m depth rating "ASTD-3XTU" is a CTD especially designed for deep sea measurements.
"ASTD-3XTU" allows you to acquire CTD data down to maximum 3,000 m deep, along with Turbidity and DO measurement. 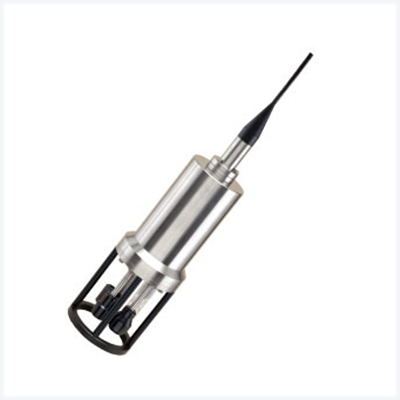 The water quality profiler, AAQ 1183 has been redesigned as AAQ-RINKO with an optical fast response (63% response in water, 0.4 s) DO sensor, RINKO. Conventional water quality profilers with a slow response DO sensor require holding the instrument for a certain period at the measurement depths. AAQ-RINKO makes vertical measurements possible with a profiling speed of 0.5 m/s, similar to CTD observation, thereby significantly reducing the observation time. In addition to conductivity, temperature, depth, chlorophyll, turbidity, DO and pH, AAQ-RINKO also enables simultaneous installation of PAR (Photosynthetic Available Radiation) and ORP (Oxidation Reduction Potential) sensors. Different interface units are available in accordance with the observation applications. 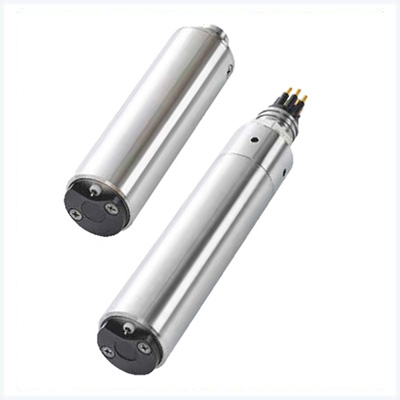 The RINKO series is based on the optical (phosphorescence) principle which is now widely known as a remarkably fast response oxygen sensor with a high accuracy. As a new member of the RINKO family, the RINKO FT (model name: ARO-FT, AROD-FT) had overcome a well-known tradeoff between fast responsivity and stability of oxygen sensing foils. The RINKO FT not only retains the fast response time identical to that of conventional RINKO series but also has greater accuracy and stability by incorporating high-quality multipoint calibration and improved sensing method. The RINKO FT is primarily designed to target Argo float operations. However, its compact, lightweight, and commonly used communication protocol widen the choice of platforms for installation. The RINKO FT enables DO measurements with a high spatial resolution, which will contribute to the understanding of new aspects of physical/biochemical processes. 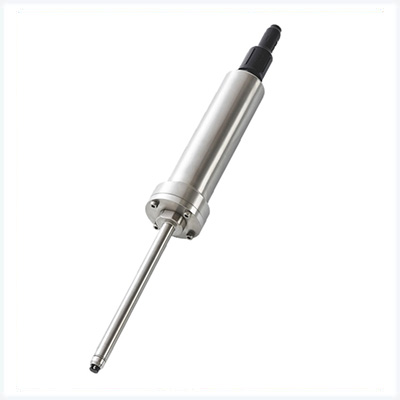 Aquatic eddy covariance method is a powerful technique to measure benthic fluxes. The robust RINKO EC (model name: ARO-EC), as a new member of the RINKO series, is designed for aquatic eddy covariance measurements. The RINKO series is based on the optical (phosphorescence) principle which is now widely known as a remarkably fast response oxygen sensor with high accuracy. The response time of the RINKO EC oxygen sensing foil is less than 0.5 s (90%, from air to water at 25 °C). The foil life-time is more than 200 h, which enables at least 1 week of continuous measurements of dissolved oxygen. Moreover, the foil can be replaced easily by the user. Berg et al. (2016)*, after a detailed evaluation, concluded that RINKO EC is a reliable alternative for aquatic eddy covariance measurements of oxygen fluxes and its high data quality allows for new opportunities for eddy covariance flux studies, including long-term deployments in rivers, streams, and marine environments.